日期： February 25, 2019
The PoE Vaal system was introduced into the game core in the 1.10 piece of information "Vaal Sacrifice". The main purpose of the Vaal Queen, who dominated the Vaal civilization, reappeared in the world of Wraeclast and used her power to "corrupt" the land, affecting the game. Areas, Items, Monsters. 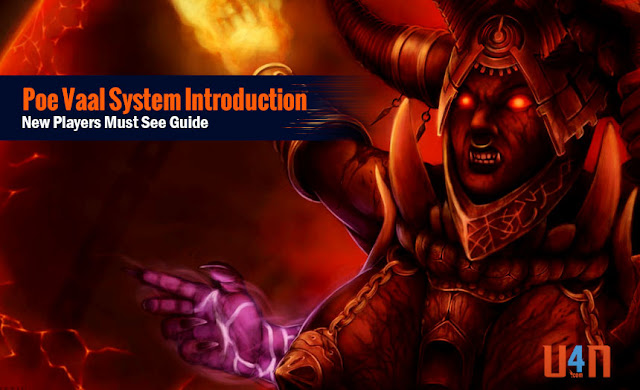 Vaal side area
The "corrupted area" entrance will appear randomly in the wilderness areas outside all maps.
Each corrupted area is a small map, and the map's modifiers can be seen at the entrance (similar to the weakened version of the map modifiers).
There are a certain number of monsters and a leader in the corrupted area, and the leader has its own special combat mode.
After knocking down the head of the corrupted area, you can open the "Vaal container" next to it. When you open it, you can get Vaal Skill Gems or dedication pieces randomly.

Ultimate Vaal Queen
In the absence of official disclosure, the player found that after the revision, it was discovered that there is a more powerful ultimate queen behind the Queen of Vaal. After a set of four different mortal fragments, the Lv80 "seductive abyss" can be opened. The map challenges the ultimate queen, the terrain and content are similar to the general queen map, the difference is that the monsters inside are 80-level take-off, and three map modifiers are attached:
+100% of monster damage
+100% monster blood volume
+200% Items Quantity


Vaal Orb is a useful Poe currency item for the introduction of information sheets. The use of Items can “corrupt” the items. Corrupted items will produce unpredictable conditions and special changes. Items that have been clicked will no longer be able to use any currency (including eternity). The reply of Baozhu Tuyin), the corrupted items will show the corrupt red mark.
Corrupted Items will randomly generate one of the following changes:
Corrosion equipment
Turn one or more of the holes into white (white can use all color stones)
Convert all the modifiers, holes, holes, and number of wires in this item into a new six modifiersItems. In this case, there are 1/36 chances to become 6 sockets and 6 links items. (If the number of other corruption effects is counted as 1/144 chance)
Attach this item to a "Vaal modifiers", Vaalmodifiers will be attached to the "modmodifiers" position of the device. If Items already has modifiers, Vaalmodifiers will replace the upper modifiers of the items. Each item will only have a maximum of one Vaal modifiers. (Click here to see the Vaal modifiers database)
There is no change after corruption (in this case it is still corrupted and no longer can be used in any currency)

Corruption map
Turn the map level up or down one level into a new map, which is the only way to get a map of the Vaal parish in the game.
Rare maps of modifiers into a rare map of light modifiers
Turning the map into an unidentified state, the modifiers are just hidden as before the corruption, and the unidentified state allows the map to drop by +30%.
There is no change after corruption (in this case it is still corrupted and no longer can be used in any currency)

Corrupted Skill Gems
Increase or decrease the current level of Skill Gems by one level, which will increase the level 20 gem to level 21
This effect is to improve the status quo is not to increase the permanent ceiling, if you point 18 jewels to 19, you can only reach 20
Increase or decrease the current quality of Skill Gems by 1~10%, and Skill Gems can be upgraded to 23%.
Turn this skill into a Vaal skill of the same name (for example, Swift becomes Vaal Swift)
There is no change after corruption (in this case it is still corrupted and no longer can be used in any currency)

Corrupted safe
Vaal orb can also be used to bring a safety in the wild.
The corrupted safe contains items that will partially or completely become corrupted Items

Vaal Skill Gems
Vaal Skill is a variant of general skill. Players can open Vaal Container to get a Vaal Skill Gems randomly, or use Vaal Gems to turn the skill into the same name Vaal Skill. Vaal Skill and the original skill features will have certain Differences, Vaal Skill can't be used as unlimited as normal skills. Before using Vaal Skill, you need to blame "charge". The charging unit can be used after it is full. Some skills can be stored multiple times. Some use once. To recharge once
Path of Exile Vaal

The Poe Immortal Syndicate can be a mysterious organization becoming investigated by Jun Orton. The player needs to neutralize the Syndicate members residing in the zone, then interrogate them for intelligence on their stronghold and leader, or bargain with them in different techniques. Syndicate members can drop Veiled items, and strongholds can include numerous rewards according to the position and rank of members, which provides for Scarabs.
Basically, if a member is allied with a rank 0 person, that rank 0 person has a chance to either show up in an encounter with them or for that person to invite them to join their area when you execute them. IE Tora is friends with rank 0 elreon, Tora is in fortification. If fortification has spaces, then when you get to perform Tora, she will likely have Celeron join fortification too. As a note, if you have multiple people in an encounter, the last one left will never let you execute them and will instead change their option to betray, as the… 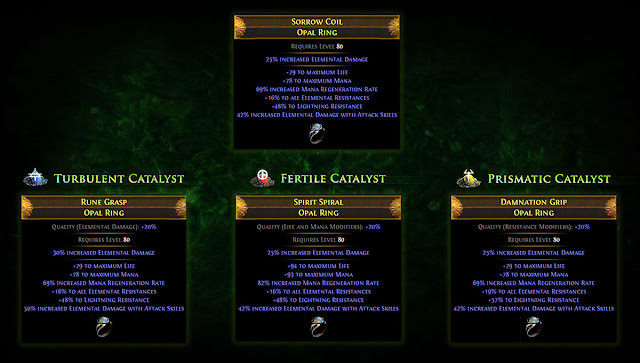 Path of Exile Crafting refers to producing or improving items with certain orbs along with other currency by adding and removing modifiers, occasionally using the support of masters. Path of Exile's in-game currency is essential for each crafting and trading items. Considering the fact that most crafting methods are expensive and unpredictable, only one of the most successful crafting attempts are cost-efficient. Consequently, it's normally preferable to buy the desired item from a different player instead of crafting it yourself. As a rule of thumb, sophisticated crafting for equipment and weapons must also be avoided until the player has access to higher-level items to make confident the highest tier of modifiers is offered. Now Eznpc shares with you Poe 3.9 Crafting with Turbulent & Fertile & Prismatic Catalyst. Eznpc as a professional Poe Currency internet site gives secure, fast and cheap Poe Orbs for you personally. With more than ten years of excellence, we have… 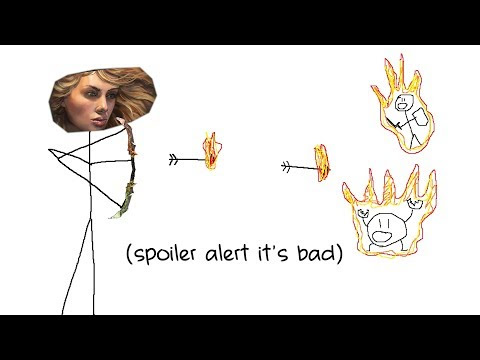 Poe Burning Arrow is a ranged attack skill that fires an arrow dealing fire harm to a target with an enhanced possibility of igniting it. In Poe Metamorph League, Burning Arrow includes a new mechanic that applies a more stacking Burning effect anytime it ignites, dealing a portion of the ignite harm. This can stack as much as five times and allows you to get additional damage against a target that survives several arrows. The goal of this change should be to enhance the Skill's single target damage. The new stacking burning impact can't reproduce, as it doesn't count as an Ignite. The stacking burning damage along with the Far more Harm with Ignite of the Skill also grows because of the gem levels. Because of these modifications, the Sudden Ignition threshold jewel is no longer expected to have the Skill be competitive at higher levels. Sudden Ignition and Pitch Darkness will no longer drop, and current copies of Sudden Ignition will disable the new stacking burning impac… 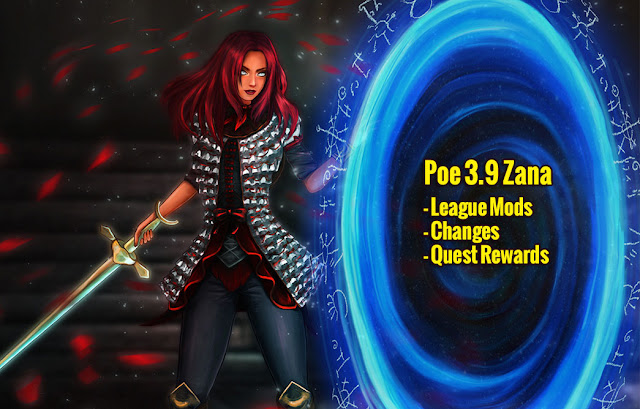 Poe Zana is an essential NPC inside the end-game and plays a significant part in the exploration from the Atlas of Worlds along with the war involving the Shaper along with the Elder. Zana will appear within the epilogue right after act 10. She offers you a quest to finish a map, also as a Zana-modded map to begin off with. Soon after completing your first Map, she will introduce to you the Atlas of Worlds. When encountering Zana, she will give you a collection of randomly rolled maps to choose from, every with different missions. Every single Map is going to be magic, rare or distinctive, may have quality, and may well be unidentified and corrupted. When the Map is anonymous, the modifiers are going to be revealed after the Map is entered, and you are not going to get the quantity bonus for operating an unidentified Map. When selected, she will open six portals to a Map exactly where the mission takes location. Leaving a standard Zana mission map, regardless of whether via the porta… 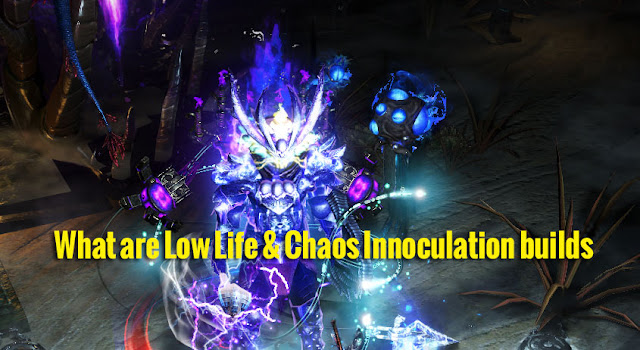 Low Life(LL) condition that applies when Life falls below 35%. Low Life is not possible if maximum Life is set to 1 due to Chaos Inoculation(CI), except for using Coward's Legacy, where the player may simultaneously be on low Life and have Chaos Inoculation. Linking auras or other mana-reserving skills to Blood Magic Support is an easy way to trigger the low life condition.

Honestly, the biggest reason is purely survival. Eznpc Builder hates dying, and I like pushing characters to 100 solos. Life builds on the right, and the top side of the tree cannot do that and often will find themselves getting randomly one-shot even through 6500 life and acro/phase acro.

LL stands for Low Life and is Poe builds that use the keystone Pain Attunement to pick up 30% more damage and an extra aura or two. Generally speaking, they are focused around the Uniques Shavronne's Wrappings and Presence of Chayula. Shav's makes it so that you don't instantly die to chaos damage while presence m…